March 2nd? Seriously? I knew it had been a while since I’d posted here, but I didn’t realize it had been that long. Somehow, in the whirlwind of the past several months, this poor blog has been shamefully neglected.

It’s time to get back on track.

In my defense, I did dictate two or three full blog posts into my phone while driving around town. Unfortunately, I’d never used voice recorder before when it was hot outside. And since my phone holder for the car attaches to the AC vent, all I ended up with on the recordings was the equivalent of a windstorm with someone randomly chattering in the background. They were really awesome posts, too. Sigh.

You might wonder what I’ve been up to during the past four months. A surprising amount of crazy stuff. The girls did their Annie Jr. performances (they were fabulous), and I helped create the sets and worked backstage. I rescued and bottle fed a newborn kitten, then found her an adopted kitty mommy through my friends on Facebook. I got to speak and sing with my girls at our church’s annual spring event for ladies. It was music-themed, so we got to perform stuff from The Sound of Music. I performed “Wishing You Were Somehow Here Again” from The Phantom of the Opera in a local concert. My oldest daughter graduated from 8th grade. Our family went to DISNEYLAND for the first time (hooray!). Then we were sick for about two weeks and missed out on our planned South Dakota vacation for a family wedding (not hooray). We brought the little rescued kitty back home when she was weaned and added her to our pet family. I got a big chunk of illustrations done for a friend. We took out the walls in Oldest Gal and Middle Gal’s room, and are still in the process of getting them taped and textured so we can paint and move all of their furniture back in. Meanwhile, the girls have been hanging out in the living room. Which works well, since it’s been over 100 degrees most of this week and the living room is the only cool-ish place in the house. (In our next house, I’m really hoping for central air.)

Oh, and my reading project has continued throughout the months. Mostly audio books, but still. 😉 No, I haven’t completely cut out movies or Netflix, but at least I’m not wasting all of my time staring at a screen. Except for that little stint where I binge-watched Doctor Who for a couple of weeks. I believe I’m up to a total of nineteen books for the year so far (counting the seven from the beginning of the year), and I’m halfway through another two. I made it about halfway through Winter by Marissa Meyer and had to take a break. I also think I’m giving up on Bleak House. I’ve been listening for over two weeks and still have 31 hours left. (I might just have to stick to watching Dickens adaptations on BBC.) 😉 I guess I’d better step up my game if I want to meet my goal of fifty books by the end of the year.

In other news, I started an Instagram account for my writing endeavors. You can check it out here.

I’m working on a few writing posts (including the ones I lost to the truck AC windstorm) which should make their appearance here before too long. Meanwhile, I just wanted to let you know that I’m still alive. Still dreaming. Still writing, though not as much as I should be.

In the coming weeks, I’ll be working on getting this blog whipped back into shape, writing, illustrating, and hopefully putting my house back together. And at the end of the month, our family will return to Trinidad, California for our annual vacation by the sea. I’m so excited to visit my book locations again and inspire my imagination. I’m also thrilled to escape the over 100 degree weather that’s been plaguing our town.

Until next time, friends. 🙂 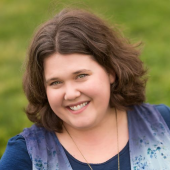 The Case of the Missing Month